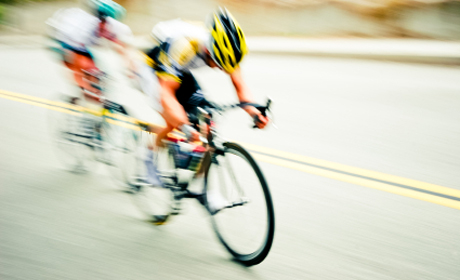 BASICS OF KINEMATICS
Kinematics studies the movement of the body, not the cause of movement. Dynamics is the dependence between the movement and the force that causes it. The statics examines the bodies that are at rest. Depending on the body’s properties, we have the mechanics of solid bodies, mechanics of liquids, and mechanics of gases. Material point
Often, when studying mechanical movement, the term “material point” is used. If we observe the movement of the bus in relation to the road it moves, we can choose one point on the bus and observe its movement. We can even imagine that the entire mass of the bus is one point. In the case where the dimensions of the body are much smaller than the dimensions of the distance that this body travels, the bodies can be replaced by a material point. When a ship is sailing in the open sea, we see it as a point, we also see the stars in the sky as points because they are very far from us. In case of movement of the celestial bodies we can use the Earth as the material point when its moving in relation to the Sun. Material point is also a macroscopic body whose dimensions are extremely small in relation to the space in which it moves, and its mass is concentrated at one point. The body whose dimensions can be ignored in certain conditions is called the material point. Example: When we use a chalk on a blackboard, a trail remains. When airplane flyes there is a white trail behind it. If all the points at which the body moves connect with the one line, we would get a path or a trajectory.

According to the shape of the path of movement, the movements are divided into straight and curvilinear.
Example: A boat on the picture, a car and a helicopterare moving from point A to point B. The boat and car are moving along the curvilinear path, and the helicopter moves straight.

By the way of the moving points of the body we can distinguish between translatory and rotational motion.